Partners in the project

The ACCOMPANY (Acceptable robotiCs COMPanions for AgeiNg Years) system is a new technology-based solution for elderly people who wish to continue living independently at home. The ACCOMPANY system is based on a service robot, the Care-O-Bot ®, which is capable of interacting with elderly people in a smart home environment, i.e. a house or flat fitted with sensors transmitting information to the robot.

The purpose of the Care-O-Bot ® is to provide physical, cognitive and social assistance in the everyday tasks that elderly people living at home need to accomplish. However, it should be emphasised firstly that the role of the Care-O-Bot® is not to do things instead of the elderly user, but rather to help them do things by themselves, and secondly that it must deliver those services in a way that is motivating, empathetic and socially acceptable to the elderly user.

The robot is being tested in three European countries, the UK, Netherlands and France.

MADoPA is involved in this project at two different and complementary levels:

A very substantial part of the work is also focused on the ethical issues and considerations that are shaping the ongoing development of this research project. 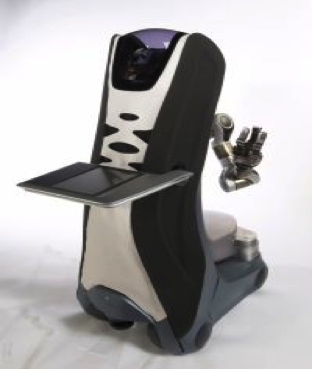 MADoPA, Living Lab EIT Health since 2014 and associated partner since 2016.

MADoPA was certified expert July 2, 2012 on the theme of fragility.